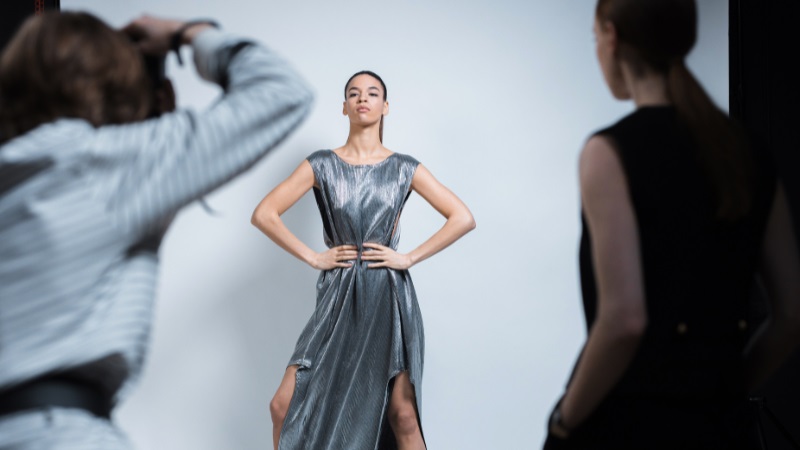 How Much Do Models Make? Do Fashion Models Get Paid?

It’s true – passion is the driving force for many career choices, but so is money! Like any career, aspiring models often wonder what kind of fortune awaits them. Whether you appear in commercials, on the runway, or find work as a parts model, knowing what you should earn is critical. Today, modeling is one of the most famous professions in the world. However, that also means that the modeling industry is extremely saturated and competitive.

It’s easy to picture a glamorous life, full of parties and designer clothes but the reality can be very different, as there is a major gap in the fashion world – from the supermodels earning millions to those who live paycheck to paycheck.

If you are considering becoming a model, but have no idea how much you’ll get paid, this article will break it down for you. Wondering if you should take a leap of faith? Read on to find out.

Who are the Highest-Paid Models?

Supermodels these days are known for far more than their catwalks. The top models in the world not only thrive on the runway but various other endeavors such as reality TV, releasing cosmetic and beauty lines, and even appearing in movies. Between top designers bidding for them and their own successful businesses, it’s easy to see how models are pulling in millions of dollars a year. 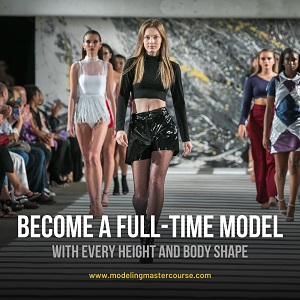 So who tops the list? Here are the world’s highest-paid models in 2022 according to net worth.

Kendall Jenner first earned the title of the highest-paid model in the world in 2018. With a net worth of $40 million, she continues to maintain this status for the last four years.

In addition to her earnings from various runway shows and Instagram partnerships, the model earns a substantial amount from her appearances on The Kardashians. More recently, Jenner emerged as a successful entrepreneur with her own tequila brand 818 Tequila.

Retired and still one of the top supermodels in the world? That’s Gisele Bündchen for you. The former runway model has accumulated a net worth of $33 million with several acting gigs and entrepreneurial endeavors. Bündchen’s most-loved role is in the fashion-forward film The Devil wears Prada.

Child star Gigi Hadid has dominated the fashion industry since the start of her career. However, Gigi’s career skyrocketed when she signed as a runway model. Hadid is often seen posing on editorial covers and fashion campaigns. Earlier this year, the 27-year-old model partnered with Frankie’s Bikinis to release her collection. All of these ventures have earned her a spectacular net worth of $20 million.

How Much Do Models Make?

As mentioned above, modeling is one of the most famous professions nowadays, and it is in a way divided. There are a huge number of modeling niches to choose from. But who gets paid the most?

For those of you who are unfamiliar with the term, a runway model walks and poses on stage wearing designer clothes. They strut in front of the audience, displaying the brand’s newest launches. Most top models belong to this niche, and there’s a reason they’re “top” models – the pay is great! A runway model can earn $300 – $800 per show.

However, being a runway model is not that easy since there are many stringent requirements. You must have a signature walk, be tall and slim, and be comfortable with wearing outlandish, revealing, or unflattering clothes. 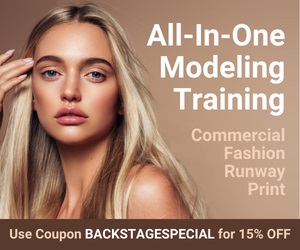 Editorial models are the face of fashion magazines who pose to tell a story or showcase new trends. Depending on the magazine’s issue, editorial models fall under different requirements and are paid differently. If you play your cards well, you can expect $100 per hour. But you must be prepared to start with an amount as low as $20 if you don’t have a rich portfolio.

Catalog models often represent the everyday person. These models demonstrate how a brand’s product will look on you by demonstrating how it looks. With an hourly pay of $30, this modeling niche is quite steady as you will be called back for new product releases. Plus, you don’t have to work with a brand exclusively, so you can shoot hundreds of looks a week.

Fitness models are used to market fitness attire and equipment. As someone promoting health and wellness, a fitness model is required to have an athletic physique. On average, a fitness model earns $24 per hour. But with the right agency contracts and social media sponsorships, you can earn a lot more. You can also double up this work with catalog work to earn more.

Have you seen beautiful hands, feet, lips, eyes, and hair without ever seeing the model’s face? This work is done by a parts model. A parts model mostly works with brands that make jewelery, nail polishes, and body creams. Parts models have a flexible schedule and are usually paid $100 – $150 per hour. The best part? You don’t need experience, but you do need a pretty body part!

Instagram models, or “influencers”, get paid through sponsorships and partnerships with different brands. However, the amount you earn largely depends on the number of followers you have. A model with 50k followers may earn $200 per post, whereas a model with millions of followers can earn about $10,000 – $50,000 per post.

Even though lingerie models undertake the same work as their fully-clothed counterparts, they often earn double. Lingerie modeling is not a niche in itself since these models work on the runway, in editorials, and in commercials. If you get hired by a high-end lingerie brand, $1000 per hour is a breeze for you.

Not all models are paid the same – many factors contribute to your salary. These include:

Modeling Agency or Freelance Model? Which One Should You Pick?

Now that you know how much models make, you might wonder how they get paid. There are two ways to get paid as a model. The first is to work with a modeling agency, and the second is to become a freelance model.

A modeling agency has connections through which they receive bookings from clients. The agency then assigns work to you and other models who meet the requirements. The final decision is made by the client. If you’re lucky you’ll get the job and may be hired again for other campaigns.

Freelance models, on the other hand, have to do all the work. From building connections to finding work, you need to approach clients and attend auditions to get selected. However, once you get in, you will reap the benefits of a higher commission since you get to keep the full fee.

The average model’s salary ranges from as high as $401,500 to as low as $11,000 annually in the US. Some sites quote a daily rate of $23.43, although these figures include adult modeling jobs which may push the average pay to a higher value. By taking a high-rated modeling class, you can get qualified for higher salaries.

As discussed earlier, location plays an important role in determining a model’s salary. Throughout the US, you will find certain areas where the hourly rate will be higher and more jobs are available. New York and Los Angeles are where you can command big projects since these cities tend to have the most work. Another great place to work is California, which reports an average model salary of $25. This is ideal for aspiring models since NY and LA are usually the home to top models.

It’s important to approach per-year model salary figures with caution, as they are calculated on a 40-hour workweek. In reality, models don’t work this much. That means that the real average model salary per year is likely much lower than you see online.

The fashion world is continuously evolving, and so are modeling trends. Making a living as a full-time fashion model can be quite challenging. With the rise of social media, many companies prefer to hire influencers to promote their businesses. Fashion magazines are expanding their reach by featuring famous actors on their front covers instead of models.

However, a career in modeling is not completely off the table. Many professional models make it to the top – and even go on to become millionaires. If you work hard, keep in shape, and push your career to the limit, you too could be a successful model in the USA. 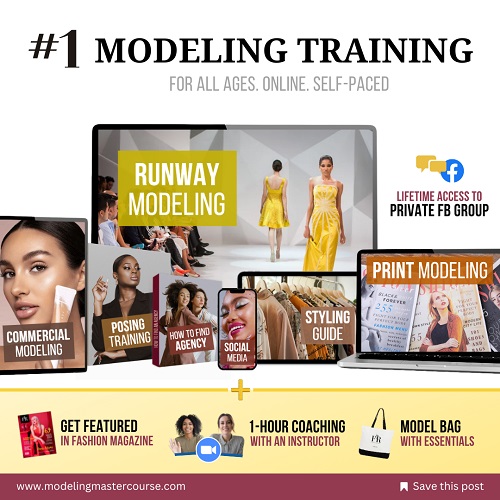 Regardless of your success, make sure to have a backup plan in mind. Like our bodies, modeling has an expiration date. When you are deemed to be too old, your pay will drop or may even disappear entirely. If you are sincere about pursuing commercial or fashion modeling, use what you’ve discovered and the knowledge you receive to keep going after your dreams.

Check this post for the frequently asked questions about model salaries and modeling costs. 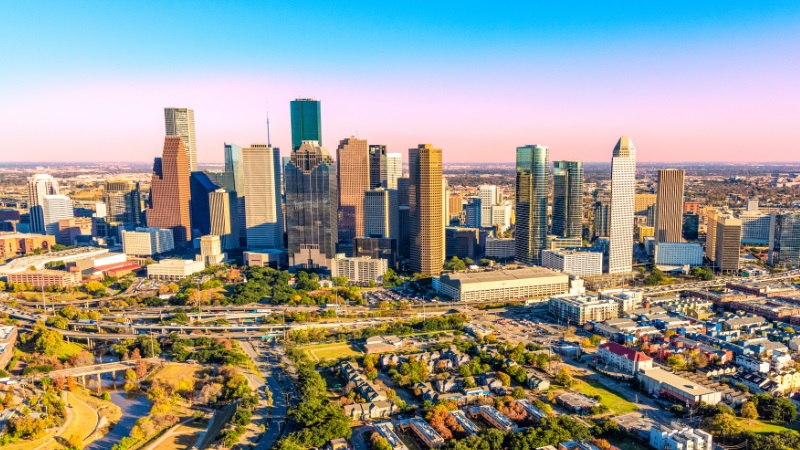 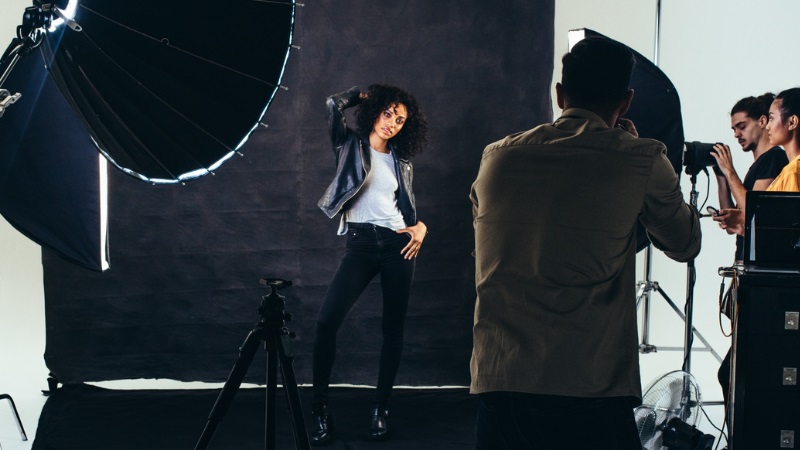 Modeling for 14 Year Olds: Guide to Become A Teen Model at 14 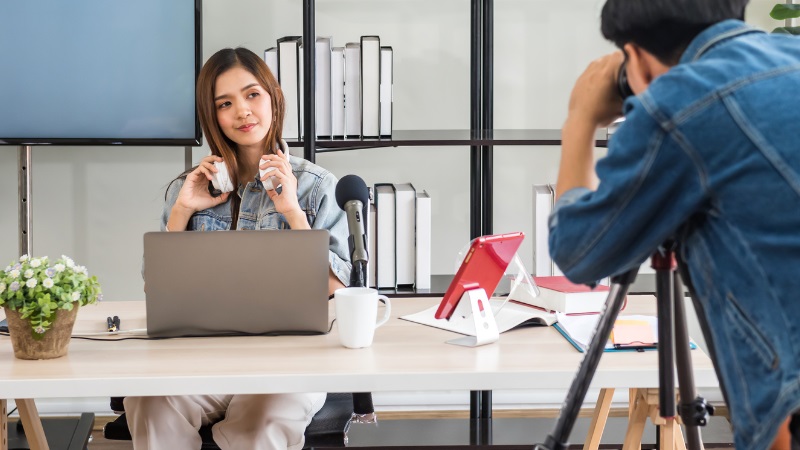 Modeling for 12 Year Olds: Guideline for Child Models at 12 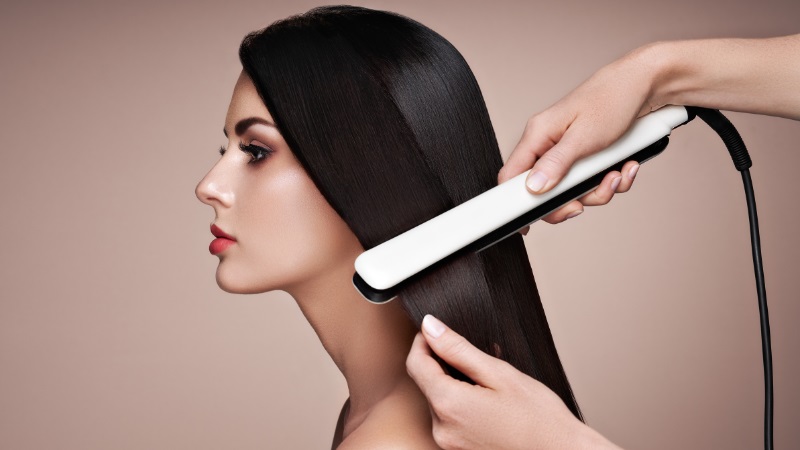 How to Become a Hair Model and Book Modeling Jobs?

You don't have permission to register